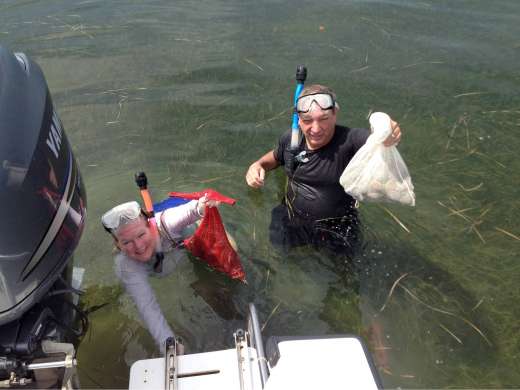 It’s still summertime here in Steinhatchee, but there are hints of change, a couple of mornings below 70 degrees will have you hunting a jacket for the boatride. Speckled Trout bite will pickup on the deeper flats. Shallow Trout should also bite more often with water temps dropping. We are […]

The Largemouths had an exceptionally early spawn last September, and it looks like we’re in for another one in 2013. On a recent trip my client, Mr. James Rozon of Montana, took a half day to experience some Largemouth action. I had my doubts about filling the live well with fish, […]

Bass fishing on the Ocklawaha River near Ocala has improved over the past two weeks. On a recent trip, I caught a limit of keepers in less than two hours, including two over 5 lbs..  Pretty good for August. Although the bite has improved, timing is everything.  Early and late […]

Read More »
Do NOT follow this link or you will be banned from the site!